This weekend it will be nineteen years since A Record Changed My Life. Usually I find time to watch Nirvana Unplugged in New York over again, but I’ll be in Melbourne doing other things. Instead I’m sharing a poem…

I love you for your golden head
Your feet of clay;
For things you did;
For what you might have done;
And even though it all went wrong,
(Clay feet betrayed the golden head),
The spirit encoded in your song
Still breathes its fire, is burning still.

Spot the Nirvana/Kurt references in this photo! If it weren’t for Nirvana Unplugged all those years ago, I would never have gone all the way to Seattle, let alone Aberdeen, and just maybe, I might not have rediscovered my creative self  again, either.  When I wanted to buy the cassette (remember those?!) , Bryan thought it was a waste of money because I’d “get bored of it’.

I still haven’t – and it led on to a lot of other music in my life. Burn on! 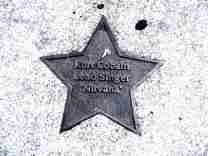 O Lordy, how could I have forgotten!?

It’s now twenty years since a concert in New York that was to become the Record That Changed My Life. A lot of water has passed under the bridge (Hah!), pretty sure ‘grunge’ has gone in and out of fashion at least twice in that time – while some people have kept on wearing jeans, band t-shirts and flannel shirts, accessorised with Chucks  at all times. Pearl Jam have matured, like a good wine on it’s lees, and Foo Fighters just keep going, the Meatpuppets are still obscure and a marvel. Any way, here’s that concert on YouTube, twenty years after the fact . Oh well, whatever – just enjoy it!

Here I was, becoming middle-aged,

Turning grey and getting duller.

Then you came along

And shouted in my ear,

It’s not over yet!

Woke me up and shook off the cobwebs,

Cut my ropes and broke my chains;

Kicked down the prison house

That I was building for myself.

You rescued me, you set me free,

Reminded me of what I was,

Seventeen years ago, I was nearly forty, a stay-at-home mother of five. A few things conspired to Change My Life that year – my youngest starting school, giving me freedom for six and a half hours a day, for one. But it was Nirvana Unplugged that was the great catalyst for change. Yes, folks, seventeen years ago, a record changed my life. 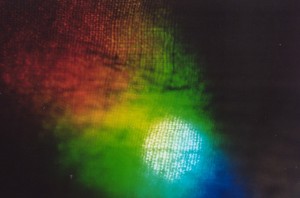 Triple J had come to our area, and I was taking notice of music again, then one night in September 1995, the ABC aired Nirvana Unplugged, and I watched (and recorded) it, to see what all the fuss was about. I watched it again the next day (twice, I think), then went away for a week on a family holiday. I could think of little else than that music – the songs kept rolling through my head, even though I’d only heard then two or three times. I was hooked and wanted little else. I actually heard ‘Something in the Way’ on the radio on our way home, but I didn’t know what it was until I got the cassette.

I ordered the cassette from the local record store, and it took weeks to come in – the store even moved in that time. Meanwhile, I wore out the video tape… Later, I acquired Incesticide, In Utero, Bleach, Nevermind… It seemed as though I had waited all my life to hear this music. Late in ’96,I pre-ordered From the Muddy Banks of the Wishkah – and I won the promo pack for Ararat. Luck was on my side. I have since seen those muddy banks for myself.

There were nights when I hardly slept – vivid visions of a gunshot wound to the head- Why? In Nirvana Unplugged, I had seen a young man with talent and charm in spades, loved by his bandmates and a rapt audience. I knew there was a wife and child- Everything To Live For. Yet he refused. Why?

In April of the following year, I came across a tribute magazine, put out by Australian fans, which included his final communique to the world, a small clue, and the words Peace Love Empathy.

Peace, Love – I had some idea what they mean – but Empathy? What exactly is that? Which lead me to read, and read widely. Everything I read, no matter what it was, somehow related back to Kurt Cobain, his life and his death. If only I could understand that, I would understand everything, including myself.

I started, I think, with ‘God in All Worlds’, a broad selection of writing on spirituality., and thanks to a Book Club,  and Reading’s mail order service, and the local Library, I was able to access a wide range of books on spirituality, psychology, social issues, child rearing, gender, thanatology … and books specifically concerned with Peace, or with Love, or with Empathy. After seventeen years, I’m still curious, still reading, still learning, still trying to figure out life, the universe and everything.

And beside intellectual curiosity – I began to write poetry again, I began to paint again, I picked up my camera, and looked with new eyes. Creativity that had lain dormant for years, suddenly burst into bloom. 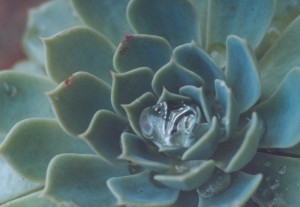 I ate less, I danced more, I gained confidence in myself, I wrote letters to the paper, reaching for a freedom and joy I hadn’t known since childhood. I grieved again for my sister,who was also blonde, blue-eyed, brilliantly creative, and died at 27, in Jan /92 – just before Nirvana toured here – not that I knew or cared then.

Somehow I became both a new person and more fully myself. This is, I think, what Carl Jung meant by Integration. I’ve read quite a lot of Jung, his ideas make sense to me. Freud, not so much.

Hard to believe its been seventeen years. You should see my library. And my CD collection, somewhat biased towards friends of Kurt Cobain and bands he liked. No Abba, though! Lots of Melvins, although I don’t have ‘Gluey Porch Treatments’ (Yet). I got to see them last year, supporting Primus, Wished they could’ve swapped places on the bill! Awesome.

Thanks, Kurt. A whole third of my life has been so much richer for watching Unplugged 17 years ago, and for all that has flowed on from that.

In the process of reorganising, I came across an entirely impractical hanky and a scrap of a gorgeous floral print. A subtly flowery backing fabric and a bit of selvedge with the words "country garden", and a slow stitch project was under way. Yesterday I opened a little drawer and discovered a stash of pastel-coloured floral lace to add. It's a bit like op shopping at home...😅 #slowstitching #project #wip #flowrrs #floral #lace #vintagetextiles #serendipity #stashbusting #thrifting #upcycle #wastenot #countrygarden
Journey2Motivate