This weeks challenge is all about nighttime, which is not generally the best time to take photos – not the conventional happy-snap kind, especially. However, for the moody, mysterious and unpredictable, it’s perfect!

This one I took while waiting for a bus to take my daughter and me home after a movie in Thornbury. It was very quiet and a bit spooky on the side street. I liked the pattern of light and shade, and the sense that something might happen (our bus arriving, preferably!)… 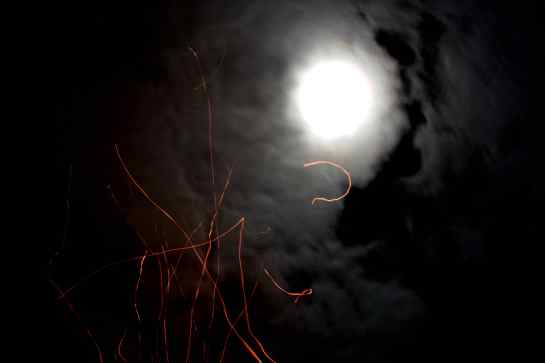 We’ve had a couple of bonfires this winter. the second one coincided with a bright moon, so we entertained ourselves by trying to get shots with the sparks and the moon in one shot – which involved getting down on the damp grass, since the moon was so high in the sky. Absolutely worth the effort, I think!

A couple of nights later, the moon was shining in my window, and I spent some time trying to get a decent shot while lying in bed…Obviously, I would have had a clearer result if I’d gone and got the tripod, but I wouldn’t have such a mysterious and ambiguous image as this. 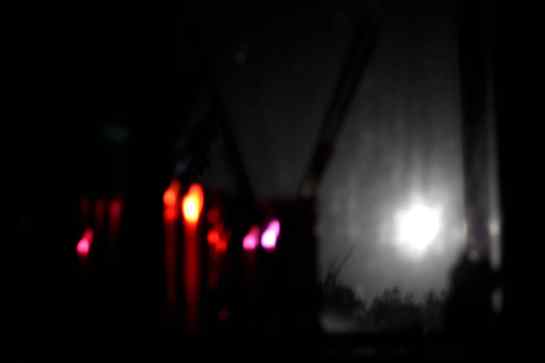 On the window sill is a trio of coloured glass vases with knitting needles in them. The moonlight reveals the colour in the glass, while leaving everything else in greys. Again, a tripod shot wouldn’t be so blurred, but that wasn’t the effect I was looking for. 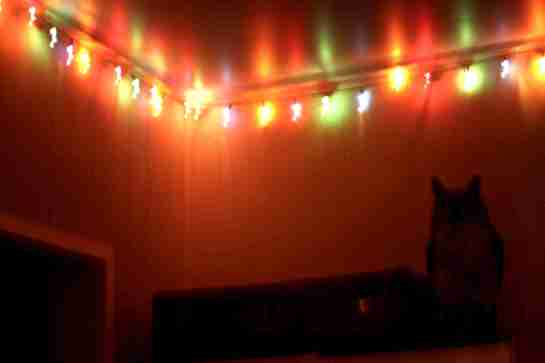 Photography has been described as “painting with light”, but light is meaningless without darkness and shadow to make it visible. I guess my favourite nighttime photography involves a little light and a lot of dark, and exploring the relationship between the two. And digital photography means that it doesn’t matter how many duds there are before achieving “the one”!