Landscape seems like a really simple subject – almost anyone would know immediately what “landscape” means. However, almost any photographer has probably got a lot to choose from, maybe thousands of images of many kinds of landscape, so choosing what to share is a problem once again!

Just south of where I live, there is a view of the ancient Grampians (Gariwerd) Range in Western Victoria. On the evening on which I took this photo, the mountains were almost obscured by smoke from farmers burning stubble (a practice that has surely had it’s day).

The tourist village of Hall’s Gap huddles between the ranges with their rock-piled peaks. The landscape in there is wild yet intimate, no less spectacular for the constriction of space.

We like to visit this spot for it’s view of the Grampians (which are invisible from our house). The mound of earth is man-made and a challenge to scramble to the top, but well worth the effort. 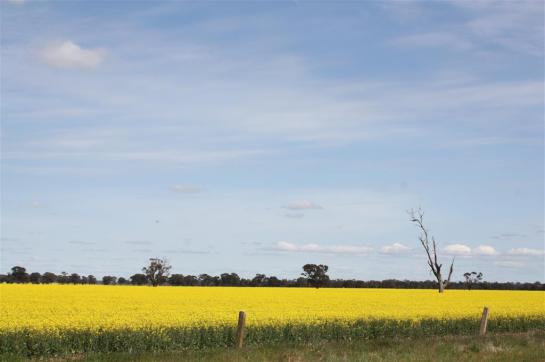 North of the Gramps, the landscape becomes very flat, with vast paddocks sown to crops such as this canola field. A blooming field of acid-yellow flowers is irresistible to a person with a camera, which is why we stopped on the side of the road in the middle of nowhere for me to take pictures! 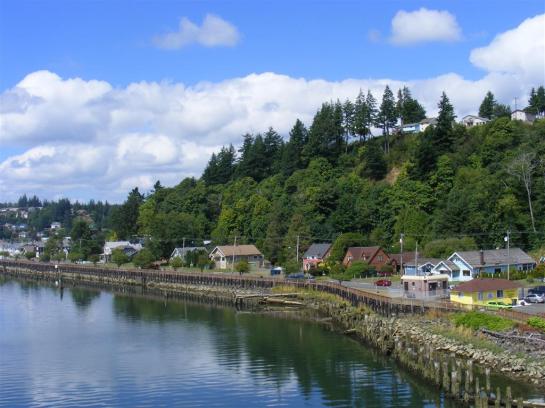 And now for something completely different, as they used to say on Monty Python – a riverine landscape with a lot of built elements, taken from a bridge over the Hoquaim River in Washington State several years ago.

On the same trip, we went to Johnson’s Ridge to see Mt St Helens, which even after she blew her top off is much, much higher than our Grampians, and the whole landscape up there is on a vast scale. I hope we get back there again before we a too old and creaky to explore some of the trails we didn’t have time for last trip!

Weekends have been for coffee and the Age crossword at the Moyston General Store, ever since it reopened in it's new form a couple of years ago. We're making do with takeaway coffee and our own garden (yesterday). This morning the sky was very ominous/promising but we walked anyway, and just made it home without getting too wet. Not much rain in it, but better than none. It feels so weird skirting around the few people we see at a safe distance, but it has to be.😒 I feel a bit sorry for extroverts - this is not their moment, but they generally hog the limelight, so...🤷‍♀️ #moystongeneralstore #coffee #nocafetime #theage #crossword #sunshine #garden #raincoming #blackclouds #weekend #grampians
Journey2Motivate