Back home, back at (volunteer) work, back to the back catalogue for a poem this Friday – appropriately titled, but not actually about where I live (The ocean receded from here many thousands of years ago, before the Grampians were pushed up into a mountain range. ..) No, this is the fantasy region I visit whenever I can, located in the State of Poetry.

The wind blows cold and clear off the ocean.
Pine needles glitter and dance in golden light.
The branches sough and sigh and sing,
The rival of an angels choir.
The water of the bay
Is azure fretted with gold.
Waves run in at the beach,
Where shells lie reflecting the sky;
Pearly opalescence dancing in the foam. 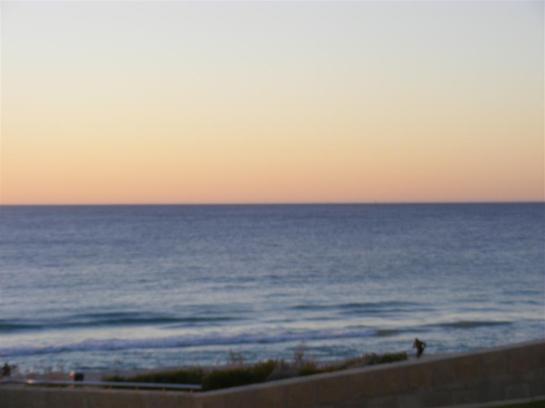 I’ve chosen some photos of the ocean (also from my back catalogue) to illuminate the poem. The first and second are of  the part called “Indian”,  taken at Scarborough Beach in Perth, and the third was taken many years ago on a beach near Rye in Victoria. Those are the younger four of my five kids – all of them are grown-ups now! 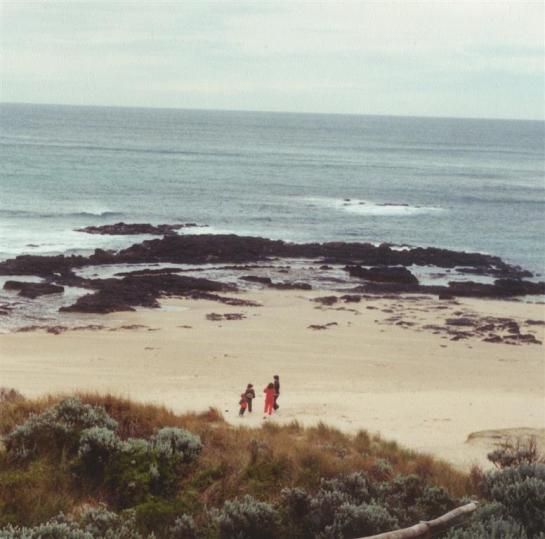