Creative thinkers tend to be malcontents who see beyond the myths of popular beliefs and common practice. This is in part why idleness – a precondition for reflective or critical thinking, and for deep contemplation – is not encouraged: idleness creates the conditions in which social norms can be challenged.

As a result, the status quo has imposed the unspoken dictum, ‘To work, and therefore not to think too much!’

In a system in which we live to work rather than work to live, there is little time to become an informed global citizen – an active participant who develops new views that liberate the community into expanding it’s outlook and seeing beyond set assumptions and limiting boundaries. In a community that is challenged by freely expressed creativity, creativity is pushed to the margins, corralled outside the safety and security of established norms. But creativity at the extremes of any whole – whether the margins of society, the tips of a tree branch in springtime, the edges of ignorance or at the far reaches of everything in the universe – creates new possibilities that transform reality.

Creativity is a force for change that transforms by forging new relationships, connecting the parts at their extremities, and originating a new and healthy whole.

As Albert Einstein said “Reality is merely an illusion, albeit a very persistent one.” 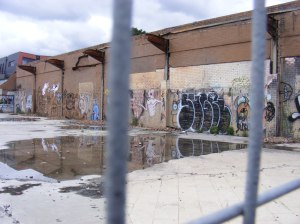 And because it was Guy Fawkes Night yesterday –

The moon had risen;

So had the wind.

I put out the fire.

I am aware that I have not adhered to the haiku rules here, but that’s O.K. Poetry can always use a little anarchy.

2 thoughts on “thinking about creative thinkers”